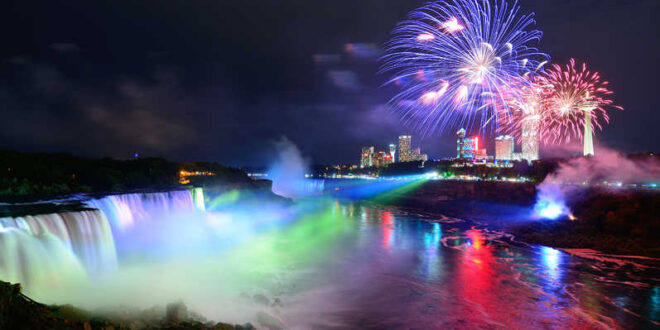 Look: Canada Breaks Own Record for Most Tourists By Far

On its third consecutive year of breaking the record, Canada climbed up the ranks again with the most tourists ever, garnering 22.1 million travelers in 2019. The impressive number, as provided by Statistics Canada, shows that as far as tourism is concerned, the only way is up. July and August were considered peak season while everyone seemed to be adjusting into the New Year in January, with the fewest tourists present.

Part of Canada’s charm lies in the once-in-a-lifetime experiences most tourist may remember us by. The government’s marketing branch called Destination Canada trail-blazed with a tourism campaign that champions “signature experiences” to potential visitors. Besides the breathtaking view of Niagara Falls, Canadian Rockies, and maple leaves during the Fall foliage, it’s not so much the places as it is the things to do here.

The list includes, but not is limited to: mountain climbing with fondue as a reward, glamping or sea kayaking to visit the otters, and getting-to-know the horses with the RCMP. Besides the busy, world-class major cities claiming to be our summer hot spots perfect for sightseeing and shopping, there are plenty of things yet to be discovered in smaller cities, mountain peaks, and coastlines, to reconnect with nature. The homegrown food and drinks also prove to be a hit. Other than that, planning a vacation to Canada is easier with the introduction of new international flight routes, like Air Canada did for 2019. Renewed visa requirements prove to be a less hassle, so feeling welcomed in Canada is not a problem. Tourism in Canada is steady on its sustainability.

Alongside this growth, Canada has a new tourism strategy in the works to meet the needs of locals and visitors alike. A full report on Creating Middle Class Jobs: A Federal Tourism Growth Strategy is available through the government website, but to summarize its purpose, it aims to “unleash the potential of tourism to drive economic growth and job creation in all regions of the country.” This also recognizes what all communities have to offer in their quest to be tourism destinations.

Melanie Joly, Minister of Tourism, Official Languages, and La Francophonie released a message regarding the matter, stating, “We are committed to diversifying and expanding our country’s tourism products and experiences to maximize the sector’s potential year-round from coast to coast to coast.”

There is hope in the future of tourism in Canada, breaking barriers and expanding its horizons through diversity in all aspects. In the coming years, it is ideal for Canada to keep breaking its own records while being admired for all it has to offer tourists who came for unique experiences and a newfound home, even oceans away.

Social Media Influencer | Vlogger | Editor
Previous Look: You can be fined for wearing earphones while driving up to $1500, 4 demerits
Next A Good Night’s Sleep: Canada ranks as second safest country in the world