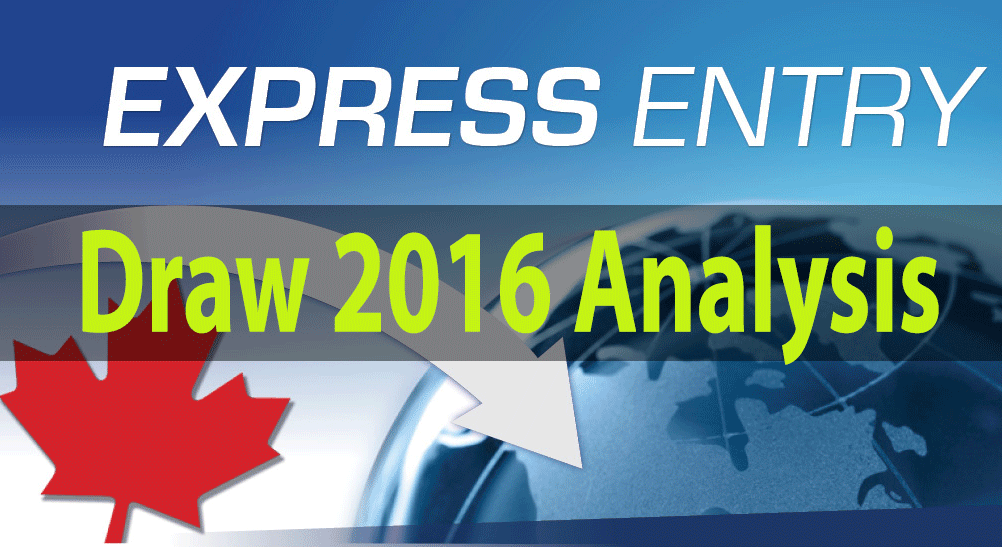 Wow, I can’t believe it’s already been a year since we wrote a simple analysis of Canada’s Express Entry for immigrants last 2015 (click here to revisit that post). 2016 really blew by fast and it was a very eventful year for CIC with some policy changes coming into effect towards the latter part of the year (those details, here).

Did those changes have any effect on Express Entry’s numbers for 2016? How did the numbers fare vs. 2015? Let’s find out. 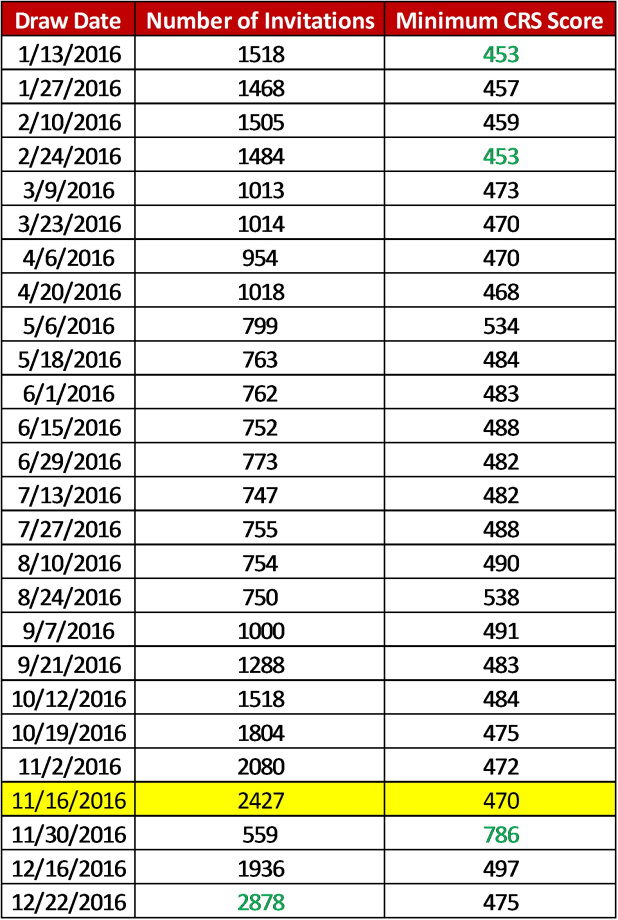 Here are a few observations based from the numbers above.

Highest point requirement needed for an Invitation to Apply: 786

Lowest point requirement needed for an Invitation to Apply: 453

Average point requirement needed for an Invitation to Apply: 493

Taking a look at the numbers of the two years side by side, we can infer that the data paints a conflicting picture. Despite the CRS points required being lower, invitations did not increase in 2016 compared to 2015. In fact, total invitations in 2016 were 4,698 less than 2015!

Why is this so? Right now, our best guess for this will probably be the presence of provincial nominations (PN) and/or job offers (JO) present in the system last 2015. Since a provincial nomination or job offer (at that time) gives an applicant an additional 600 points, it can be assumed that getting either a PN or a JO will assure that person an invitation in the next draw.

The prevalence of PNs in the system last 2015 is clearly seen in the fact that there were only five draws which drew less than 1000 applications vs. 2016 which had eleven. This tells us that it is possible that the Canadian Provinces were silent with their nominations for a bulk of 2016 vs. being active for almost the entire 2015. That could be a big factor to explain the big disparity between the two years in terms of total invitations issued despite lower scores needed to get an invitation in 2016.

It should come to the relief of all that it seems like Express Entry has started to “calm down” in 2016. Point minimums only went above 500 twice while there was only one case of a minimum at a level higher than that (786), while the rest of the draws were within the 453 – 497 range.

I know that this is still way higher than the “sweet spot” of 350-400, but we definitely didn’t see consistency like this in 2015, so this is a good trend to have.

Towards the end of 2016 (September onward), the number of invitations issued started to pick up again. As mentioned above, this could be attributed to the provinces starting to award PNs again. In fact, we got our Invitation to Apply from Prince Edward Island on September 1, 2016, perfectly coinciding with the increase in applicants drawn.

Moving from 2016 and taking a little peek at 2017, it seems that we are finally seeing a pretty good trend emerge. We’re getting a double whammy of more invitations being issued and CRS point minimums lowering. In fact, February 22, 2017 saw the lowest ever CRS requirement ever at 441 points. The best part of all of this? There is still so much of 2017 left for the point minimum to go even lower!

At this point, there is only two things that aspiring immigrants need to do.

Apply for a Provincial Nomination
Hope

There’s really nothing like the anxiety that one goes through while waiting for the next Express Entry draw. Our hearts basically break a little bit every time another draw happens with our point total not being included.Hopefully, 2016 will be good to all of us hopefuls.

As always, if there’s anything you want to ask, feel free to leave a comment below and we’ll get back to you as soon as I can! Alternatively, we’ve also set up a Twitter account @tropics2rockies, so we can also talk there.

www.tropicstorockies.com
Previous From Philippine TV to Canadian Police Force
Next Canada invites Students from the Philippines to Study and Stay in Nova Scotia