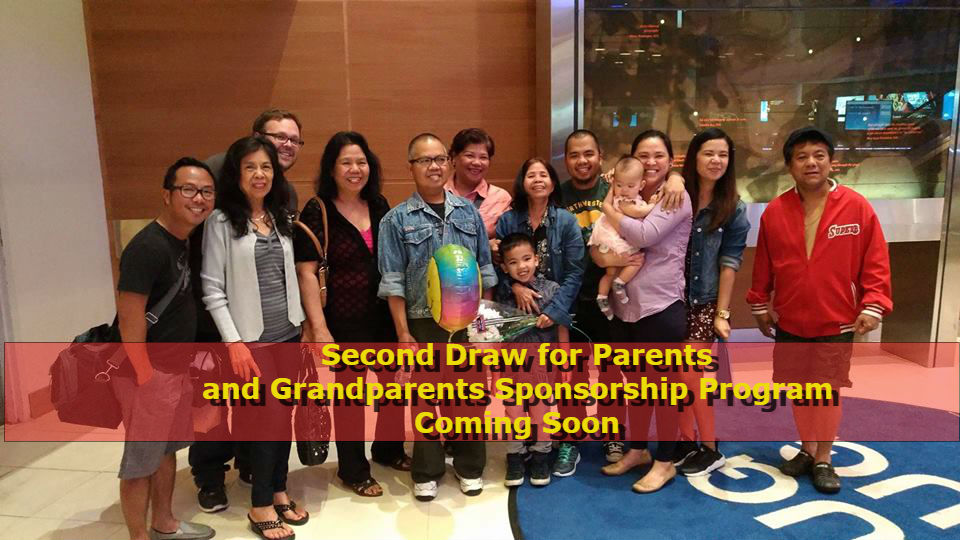 Last January 2017, there was a new method of receiving applications for the Parent/Grandparent Sponsorship Program. Instead of the first come first serve basis approach, an Interest to Sponsor form was introduced. Those who were interested in the program can submit the form online from January 03 to February 02, 2017. From there, Immigration, Refugees and Citizenship Canada (IRCC) will randomly select the candidates that can formally apply.

On April 25, 2017, IRCC announced that it had randomly selected 10,000 potential sponsors from that pool of candidates. They said that there were an approximately 95,000 individuals who submitted an Interest to Sponsor online form. They had drawn the 10,000 targets from the 95,000 persons. Invited individuals have 90 days from the receipt of the invitation to submit the complete application for the Parents and Grandparents Sponsorship Program.

Those families that were randomly selected have until the end of July to complete the application, but an IRCC official told lawyers attending The Canadian Bar Association Immigration Law Conference in Toronto last month that only 700 of the 10,000 invited families had applied so far. Furthermore, 15% of their applications could not be processed because they were incomplete.

Nancy Caron, a spokeswoman for IRCC, confirmed they are considering a second draw to meet the 2017 quota.

“Once we determine how many incomplete applications were received, the department will then notify the required number of additional sponsors using the original list and same randomized process that was taken to identify the first 10,000 persons invited to submit an application,” she wrote in an email. “We expect this process to occur before the end of 2017.”

“We are continuing to monitor results and will make any necessary adjustments for next year,” she said. “The previous system…resulted in a backlog of applications which progressively got bigger year after year given the popularity of the program. We felt that it was unacceptable for people to wait many years to be reunited with their parents or grandparents. The fact is that caps are needed to prevent unmanageable backlogs and long processing times.

“Probably in August or September we’ll take a tally and see how many more spaces are left in the 10,000 cap, and there’ll be another round of people invited to apply,” the IRCC representative said.

Take note that the Second Draw is only applicable to those who submitted an Interest to Sponsor online form last January 2017. If you have not applied last January and are planning to get your parents or grandparents, you have to wait for the program to re-open in 2018 and watch out for the possible changes again that could be made.

Then just in case you are selected in the Second Draw that will happen soon, you need to submit and complete all the requirements in 90 days. For your reference of the 2017 application forms of the Parents and Grandparents Sponsorship Program, click here.

You can also join Filipino Portal In Canada Support Group on where you can post questions, ask insights and guidance regarding Canadian Immigration Programs. In this social media group, fellow Filipinos across Canada might help answer your queries and give you some important reminders.

Disclaimer:  Pinoy-Canada.com is not in any way connected with Immigration, Refugees and Citizenship Canada (IRCC) (formerly Citizenship and Immigration Canada (CIC), nor are immigration consultants by profession or agency. Any information or news shared on this site are gathered from updates from various resources.