Breaking News
Home / About Canada / Look: The Most and Least Livable Cities in 2022, 3 Canadian Cities on Top

Look: The Most and Least Livable Cities in 2022, 3 Canadian Cities on Top

Ranked: The Most and Least Livable Cities in 2022

Pandemic restrictions changed the livability of many urban centers worldwide as cultural sites were shuttered, restaurant dining was restricted, and local economies faced the consequences. But as cities worldwide return to the status quo, many of these urban centers have become desirable places to live yet again.

This map uses annual rankings from the Economist Intelligence Unit (EIU) to show the world’s most livable cities, measuring different categories including: stability, healthcare, culture and environment, education, and infrastructure.

A Quick Note on Methodology

The ranking attempts to assess which cities across the globe provide the best living conditions, by assigning a score on 30 quantitative and qualitative measures across the five categories with the following weightings:

Of the 30 factors within these categories, the qualitative ones are assigned as acceptable, tolerable, uncomfortable, undesirable, or intolerable by a team of expert analysts. Quantitative measures are given a score based on a number of external data points. Everything is then weighted to provide a score between 1-100, with 100 being the ideal.

Ranked: The 10 Most Livable Cities

Of the 172 cities included in the rankings, many of the most livable cities can be found in Europe. However, three of the top 10 are located in Canada: Vancouver, Calgary, and Toronto.

Vienna has been ranked number one many times, most recently in 2019. According to the EIU, the Austrian capital only fell out of the top slot during the pandemic years because its famous museums and restaurants were shuttered.

Only one Asian city, Osaka, makes the top 10 list, tying with Melbourne for 10th place. Notably, not a single U.S. city is found in the top ranks.

Editor’s note: Two cities tie for both the #3 and #10 ranks, meaning that the “top 10” list actually includes 12 cities.

Some of the least livable cities in the world are located across Africa and Central Asia.

Many of the least livable cities are within conflict zones, contributing to the low ratings. However, these regions are also home to some of the world’s fastest growing cities, presenting many opportunities for ambitious residents. 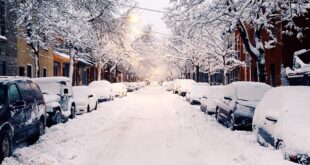