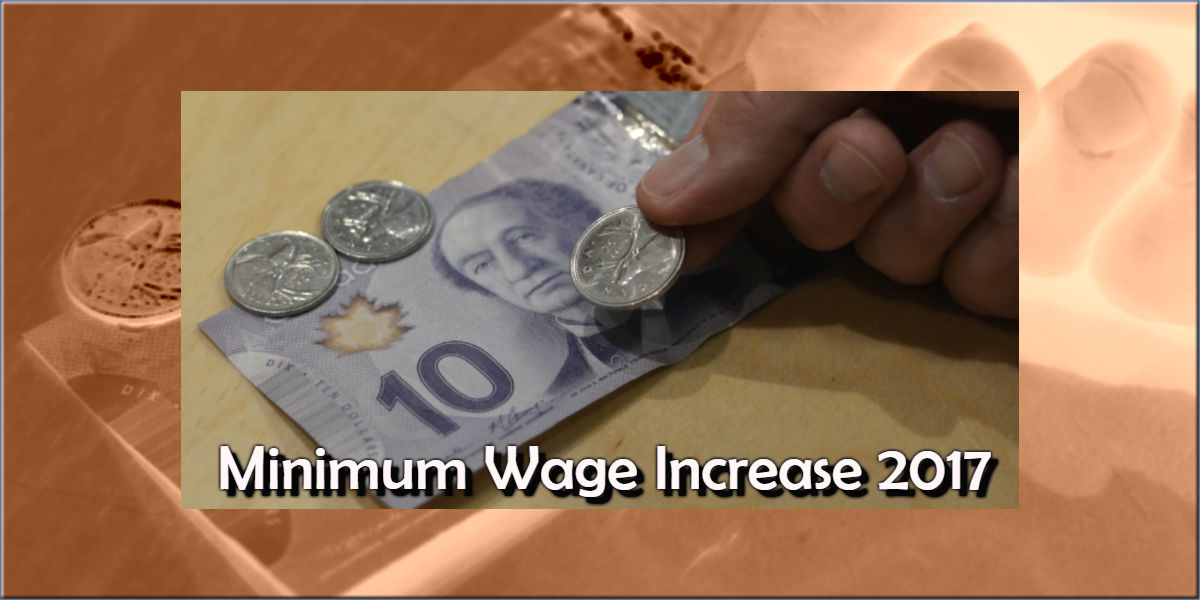 In Canada, Minimum Hourly Wage is different by province. The responsibility for enacting and enforcing labor laws, including the minimum wage, is under the Provincial/Territory Jurisdiction.

The tax rate also differs by province. Most of the listed products and properties in Canada are before taxes. For example, when you buy a $300 shoes, the rate will be different by province because of the taxes percentage that will be added.

Here are the tax terminologies:

GST – Goods and Services Tax is a Canadian value-added tax levied on most goods and services sold for domestic consumption. The tax is levied to provide revenue for the federal government.

HST – Harmonized Sales Tax is used in provinces where both the federal goods and services tax (GST) and the regional provincial sales tax (PST) have been combined into a single value-added sales tax.

Furthermore, the following are the lists of the hourly minimum wages 2017  for adult workers as well as the tax rate in each province and territory of Canada:

As of April 1, 2013, the HST rate no longer applies in British Columbia.

The regulation does not specify that there must be an annual increase.

On April 1 of each year, the minimum wage is adjusted annually relative to the Consumer Price Index.

The minimum wage is adjusted annually on April 1.

On April 1 of each year, minimum wage is adjusted annually relative to the Consumer Price Index. On April 1, 2017, the minimum wage rose to $11.32 per hour.

Based on the above lists, on which Canadian province or territory is the best place to live in? We love to hear your comments.

You can also join Filipino Portal In Canada Support Group on where you can post questions, ask insights and guidance regarding Canadian Immigration Programs. In this social media group, fellow Filipinos across Canada might help answer your queries and give you some important reminders.