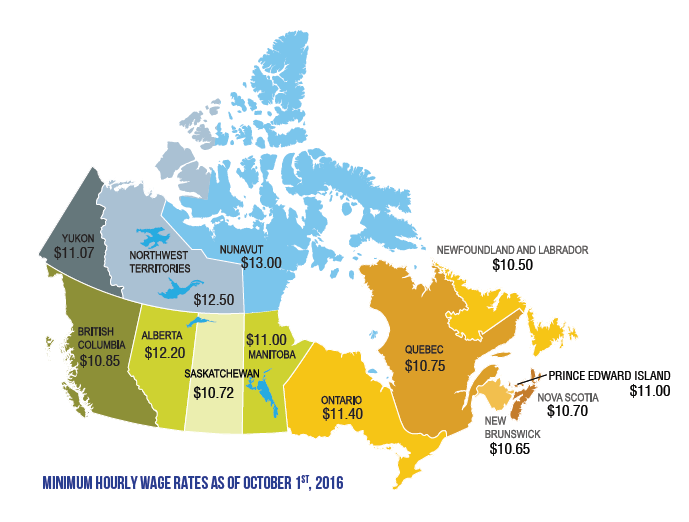 Ontario Raising Minimum Wage to $15, The Pros and Cons

Late last year, Alberta’s NDP government has announced an increase in minimum wage. Their rate will become $12.20 an hour this October, which will increase by $1.40 an hour in October 2017,and finally the $15 minimum wage will take effect in October 2018. US cities are following the minimum wage increase such as New York, California Seattle and San Francisco. This will help the people who are currently earning minimum wage who are unable to afford basic necessities. A lot of people are having to go to this Website to find out more about loans and how they work so they can get one to afford their bills and are able to buy groceries.

Ontario is now the second province in Canada to bring in $15 minimum wage by 2019. If you are wondering where the other provinces are at, below are the rates across the country:

To understand the effects of the minimum wage hike, here are some of the pros and cons to consider.

Join our Community. For inquiries, email us [email protected] or contact us on our FB page @Filipino Portal
Previous The New Canadian Citizenship Bill C-6 2017
Next A Student’s Path to Permanent Residency