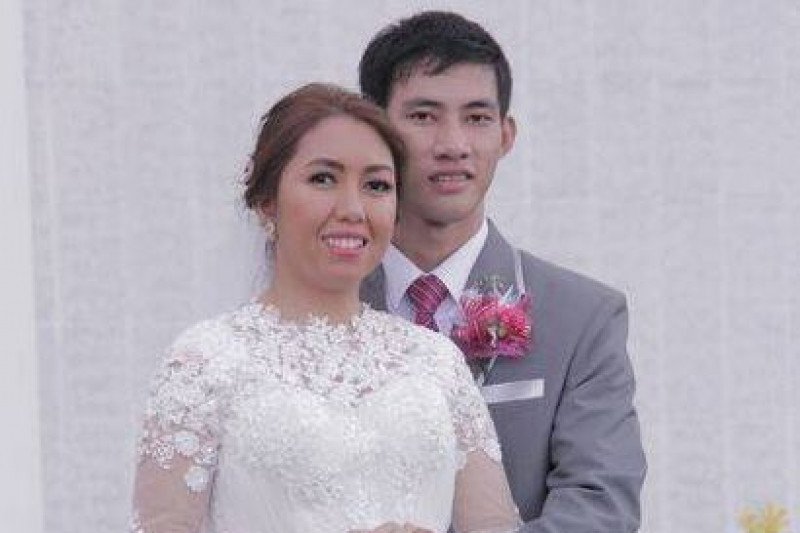 Karah and Francis has built a life together when they got married in 2015. Since Karah has immigrated to Canada from the Philippines in 2011, they have had a long time apart. You can only imagine their joy when Francis was able to join Karah in Canada last August 2016. Their joy was even greater when they became pregnant with their first child soon after.

Like any other expecting parent, they were both excited and happy to meet their baby girl. They went to regular check ups, followed healthy diets, and prepared for the coming of their child. In spite of being cautious, an unexpected incident happened to Karah. She was rushed to the hospital yesterday due to an extremely bad headache that caused her to pass out.

According to the official diagnosis, Karah suffered a hemorrhage on the left side of her brain. Her critical condition forced the doctors and her family to come to a decision about the baby she was carrying because she had to have surgery for the hemorrhage. They decided to deliver the baby prematurely. The beautiful baby girl, who was named Ives Sipe, was born 8 weeks early weighing 3 lbs 12 oz.

Fortunately, both, Karah and Baby Ives, have survived the surgery and delivery. Karah is currently in the ICU while Baby Ives remains in the NICU. Both of them will have to remain there for an undetermined amount of time for recovery. As of now, both their conditions are still undetermined whether they are already in the clear or not. However, the doctors have identified that Karah’s left brain has been severely damaged. When she pulls through, it might take a while for her to fully recover.

Francis has been very patient and caring for both his wife and daughter. He has taken time off from work to focus on caring for them. Despite of being alone, he is staying strong for his family. He has been updating their families in the Philippines about their conditions. Sadly, if this keeps up, he may be looking at weeks, if not months, in the hospital. Their current Health Care coverages can cover a part of the medical expenses but not all. The medicine they need are not always covered. His leave from work might also affect his income. Soon enough they will

Needless to say, they will be needing a huge amount of money to sustain and support both mother and daughter in the hospital. Friends and loved ones have created a fundraising campaign online to collect donations. If you can spare some amount, you can donate here: https://www.gofundme.com/karahs-fight-to-survive.

Our kababayan, Jireh Lim, will be holding a concert at the Western development Museum in Saskatoon on April 7, 7pm and he aims to help this cause. A portion of the proceeds from this concert and the collection from a donation box will be given to the family.

Join our Community. For inquiries, email us [email protected] or contact us on our FB page @Filipino Portal
Previous Canada invites Students from the Philippines to Study and Stay in Nova Scotia
Next Watch: Filipinos in Canada Protest in Support of VP Robredo’s Impeachment