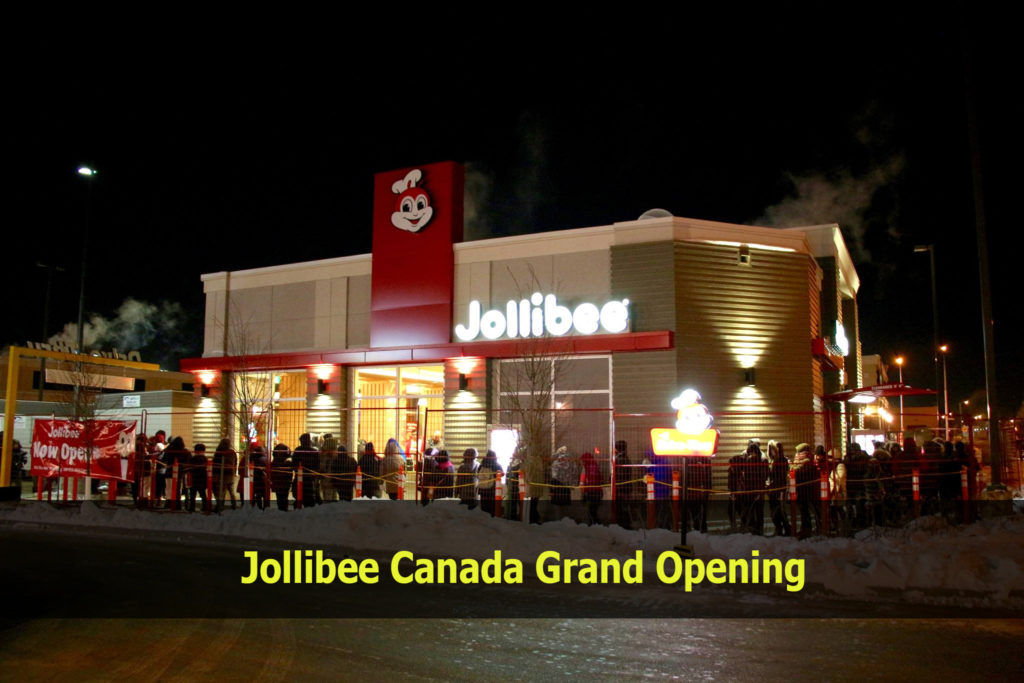 Hundreds of customers waited outside the restaurant more than 4 hours before the grand opening and I was one them. A few even started the line the night before just to be one of the firsts to get a taste of their favorites at the first Jollibee in Canada.

It was a chilly morning but the freezing cold did not stop our kababayans to line up and wait for the doors to open. The employees started to come in at  a.m. and they witnessed the arrival of more and more customers.

Jason and Wilfren were the star for a day because they were the first customer in line. He was born  Philippines and moved to Canada in 2011. When asked what brought him to come here early, “I miss home. I miss Jollibee,” he said. “My last Jollibee was in 5 years ago” he added. And surprisingly,  he reveals that his first job back home in the Philippines was in Jollibee almost 20 years ago as a “soda man”.

Read this article: Star of the day: 1st to taste Langhap Sarap

Pol’s drove all the way from Saskachewan with his friends just to get their favorite Chickenjoy and Jolly Spaghetti. He said they just couldn’t let the opening day pass that they did not even try to get their favorites. Wow that was 6 hours long drive during a-37 feels like.

Different people across Canada, mostly Pinoys, from different age groups flocked Jollibee Ellice on opening day. 6 was the youngestI guess based on what I saw and the oldest was very hard to determine but they were Lolas.

Jonathan tried his luck at getting a taste of Jollibee before going to work. “I queued before going to work at 6:30 a.m. hoping I could get my orders before 8 a.m.,” he said. “I couldn’t miss work for this but I still want to be one of the first people to get a Yum Burger in Canada.” But I think I need to come some other day. I underestimated the queue. Saludo ako sa mga pumila.

Over 1000 customers/tickets were issued on the opening hour and as of this writing, they are serving the ticket holder #300. And here is the announcement as of 12PM 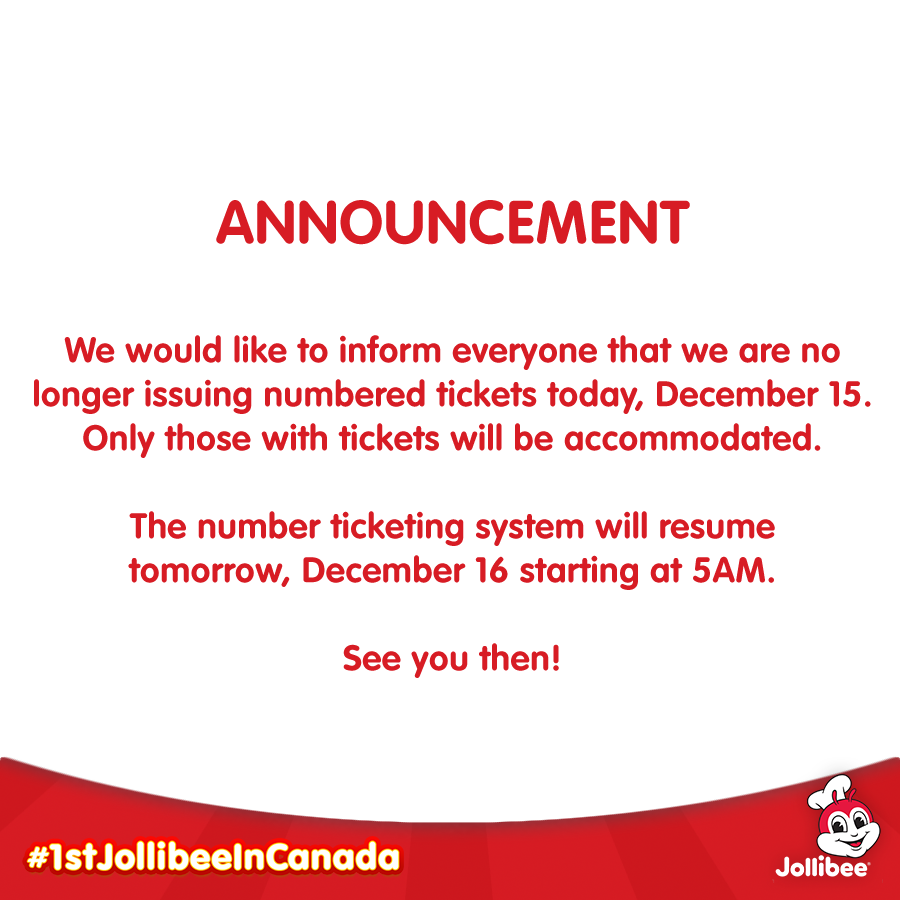 That number is expected to grow more in the coming days. Were you one of the first customers? Share your story with us!

Disclaimer: Data collected as of 11:49am

Jollibee Foods Corporation has grown brands that bring delightful dining experience to its customers worldwide, in line with its mission of serving great tasting food and spreading the joy of eating to everyone.

Jollibee Foods Corporation has been named the Philippines’ most admired company by the Asian Wall Street Journal for eight years in a row, and was honored as one of the ‘200 Best Under a Billion Companies in Asia’ and one of ‘Asia’s Fab 50 Companies’ by Forbes Asia Magazine.